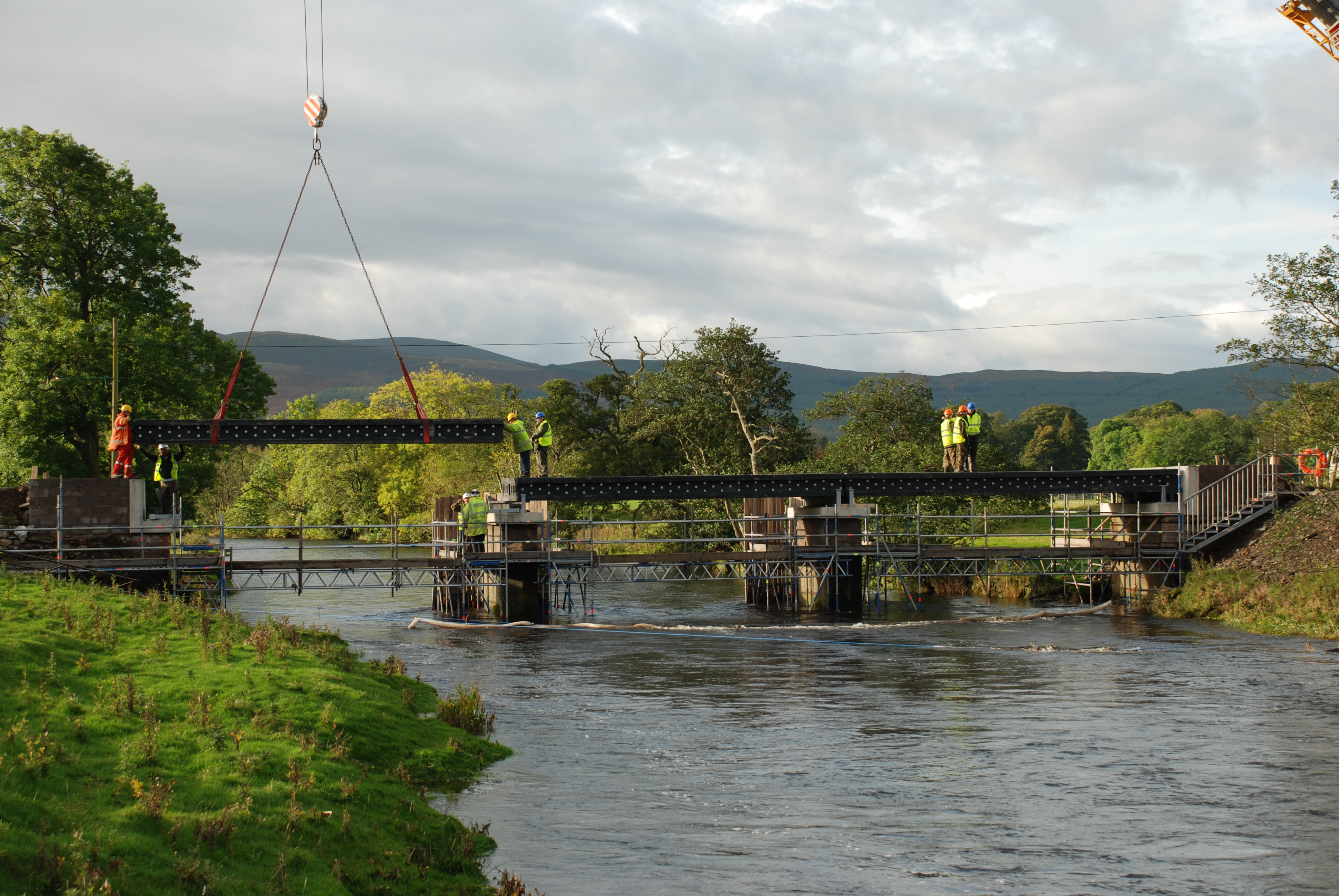 The 9m-long individual spans are believed to be the longest ever built from recycled plastic. The material came from more than 50t of waste plastic, such as that obtained from kerbside collections of household bottles. The bridge is also fully recyclable.

The bridge crosses the River Tweed at Easter Dawyck in the Scottish Borders. It was built by local contractor Glendinning  Groundworks together with soldiers from 10 Field Squadron (Air Support) Royal Engineers, who worked on it as part of a training opportunity in preparation for operational deployments.
It took just four days to install the three-span, 30m-long by 4m-wide deck, which is made from a patented recycled plastic composite.

“It is  exciting to be part of the pioneering work to introduce this material into the UK and Europe,” said James Parsons, partner at consultant Cass Hayward. “Reconstructing old poor condition or low-capacity bridge decks is an increasingly common event. This  particular project has taught us much about how the material behaves.  Whilst the new bridge deck for this project was developed using mould shapes and sizes already in existence, we are already considering how the technology can be developed for future bridges and including other bridge elements.” This could include the support cills traditionally are formed in reinforced concrete that are necessary in projects of this nature.

William Mainwaring, CEO of Sicut said: “We shouldn’t be sending so much of the UK’s waste plastic to landfill nor should we be shipping it to China. With this unique technology we can now recycle it ourselves to produce increasingly sought after high quality and sustainable construction materials for the European market.”

He said that the UK has a significant requirement for bridges, particularly in rural areas. Whole life costs, particularly with respect to maintenance, are increasingly important and hence the company was excited to introduce the new structural material to the UK. “Its environmental credentials combined with its durability and minimum maintenance requirements are a distinct advantage over conventional alternatives as well as offering cost-effective solutions.”

Sicut Sleepers save weight and help the environment